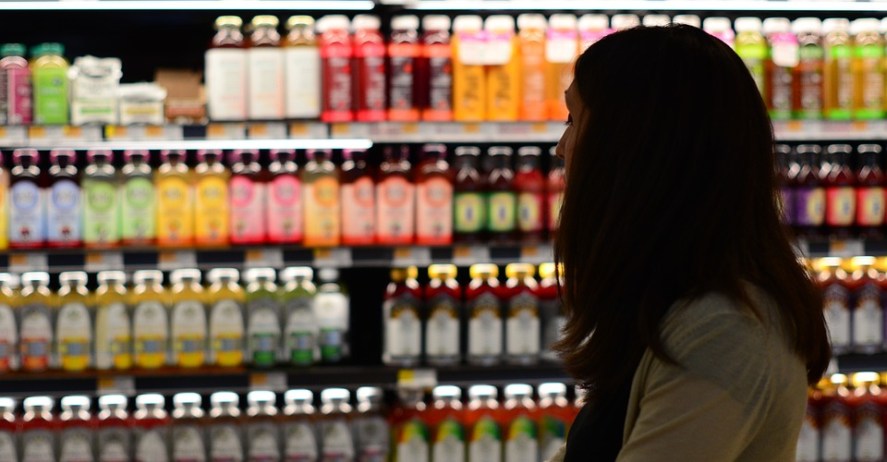 Constructed in 2013, Newman Shares Food Pantry was initially created by Sister Maryann Schaefer in response to a growing need amongst college students who are struggling to cover expenses associated with pursuing a college education and living on campus. Oftentimes, the first necessity to be overlooked is food. Newman Shares! was created for college students specifically from The University of Illinois and Parkland College to help alleviate the stress associated with food insecurity.

However, the pantry has since worked to encourage all college students – regardless of their financial status – to visit the pantry.

Matt Campbell, President of Newman Shares!, says, “It’s a food pantry ran by students for students. So our goal is to be a food resource for students who are going through difficult times, whether it be financial or stress, or just any situation that a student might be busy and have some food constraint that we can help out with.”

The University pantry is also funded through donations, gift cards and small contributions from funding events such as a 5k run and a concert at the end of the year. In 2016, Newman Shares! received a grant from the Illini Dads Association for the amount of $2,000. Donations and grant sare used entirely toward securing food for the pantry each week, as well as for buying reusable bags.

In 2016, Newman Shares! Pantry served nearly 700 students. Campbell identified the biggest barriers to students visiting the pantry as advertising and a certain stigma surrounding the use of food pantries.

“Some people are kind of embarrassed to reach out for help,” says Campbell. “But, they don’t need to be embarrassed at all. I mean it’s not even for financial stuff, but if you’re like busy, have a test or don’t have time to go to a grocery store, you can stop on by and pick up some food for the week.”

Newman Shares! only requires people to show their I-Card before filling out a list of items they need. Volunteers then gather the items from their list and pack them into bags for the students to take home. Many people who use the pantry are graduate students who might even have families that rely on the pantry for healthy meals.

Both Presidents of Newman Shares!, Rachel Zwilling and Matt Campbell, agree that the most fulfilling aspect of being involved with the pantry is knowing that they’re giving back to the students on campus, whether it’s for financial reasons or not.

Zwilling says, “I think it’s rewarding when you see the look on peoples’ faces that they’re like relieved because I know school is stressful for everyone. And I think it’s nice to hear ‘oh this got me through the week or I wasn’t going to eat.’”

Campbell says that Newman Shares! Food Pantry is really here to help students focus on their education and pursuing a degree without the added stress of buying food each week. He recognizes that there are several factors that contribute to students not being able to buy food and the pantry wants to eliminate that worry no matter where it originates.

“I think there’s just the common misconception that ‘oh it’s a food bank, it’s because someone isn’t financially stable enough,’” says Campbell. “But, we’re on a college campus, you never know what’s happening. There’s good weeks, there’s bad weeks and (the pantry) is there whenever you need it, whether it’s financial or not.”

Newman Shares! is conveniently located in St. John’s Catholic Newman Center on Armory Street. It’s open every Wednesday from 5:00 to 6:30 P.M. in order to accommodate students’ schedules as best as possible.

“Sometimes when you can tell that people are coming here because they don’t have the money, it’s kind of sad that that’s occurring. And just knowing that people are facing issues like that while they’re even in school, just with basic necessities like food. It is kind of challenging to not be affected by that,” says Campbell. “But, at the same time it’s very rewarding when we’re able to give back.”